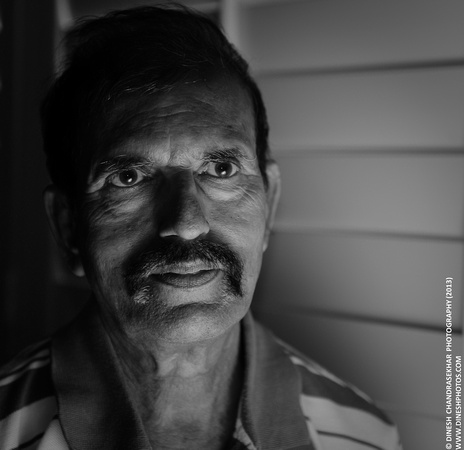 Over the long weekend, I took my family out on a nice roadtrip to SoCal with stops at Pismo Beach and Hearst Castle on the way. My boys (8 and 5) were very excited about this since we also had plans to visit the Endeavor space shuttle on our trip. As a special surprise, I gave each of my two sons a point-and-shoot digital camera for themselves to shoot any pictures they wanted on the trip. Needless to say, they were overjoyed about it. It was absolutely fun to see how they wanted to shoot anything and everything. The younger one soon lost interest but the elder one held on to the passion. He even discussed with me about framing, exposure and post-processing – terms that I have explained to him in the past. My wife was not very happy at the thought of losing one more family member to the lens vortex!

As I saw him getting all excited about his shots, I was fondly reminded of my childhood when I got introduced to photography by my dad. When we visited my grandmother’s home, I loved browsing through a tattered photo album that she had. It contained small 2x2 B&W pictures from my dad’s youth. There was even a picture of my grandma where she looked young and beautiful. These pictures fascinated me always – freezing memories of a lifetime in small paper art forms. What impressed me even more were some perspective shots and double-exposure shots of my dad and his siblings. There was this shot of one of my uncles holding a miniature-size of my aunt in his hand! As a child, I was awed by such imagery. My dad explained how he did that shot but I am not quite sure I understood it at that time.

I might have been in my 7th or 8th grade when my father could afford a camera of our own. It was not anything grand by any means. It was a small point-and-shoot film camera – one where you had to manually advance the film to the next shot after a shot was taken. But, I was ecstatic with what we had at that time. My father taught me about framing techniques, adding angles to a shot and also about film speed / ASA (now known as ISO). I remember buying Kodak film rolls from photo studios and specifically asking for 100 ASA film. I remember going with my dad to specific locations like the Guindy park and Gandhi memorial in Chennai where my father showed me how to do perspective shots. Of course, I could not see instant results since it was a film camera. But, when the rolls were washed and printed, I could really appreciate how creative those shots were.

Today, I have some real good camera equipment with me but I cannot quite clearly say if I have my father’s creative eyes to frame my shots or not. But, when someone appreciates me for one of my shots, I owe that to a few people that have supported me and motivated me to follow this passion. However, I owe it definitely to the one person that ignited it in me (maybe unknowingly) when I was a child. When I saw my son get all excited about his little photo gig over the weekend, I was only silently wishing that he would remember me in the same way I remember my father, when he grows up.

Today is my father’s 65th birthday. I wish him a healthy, happy and colorful future. Happy Birthday, Dad!